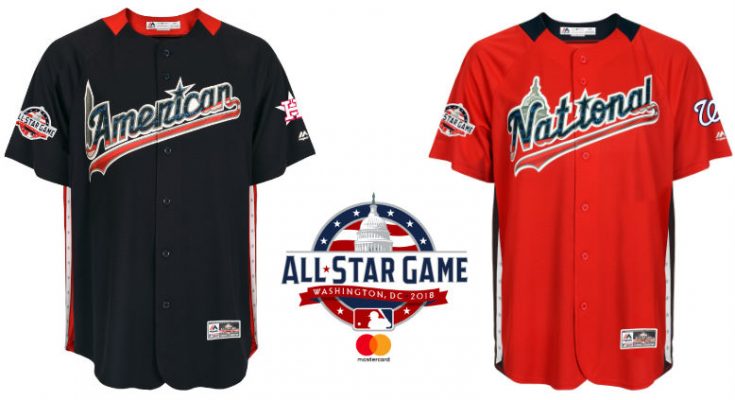 The American league jersey will have most of the same design as the National league jersey, except it will feature an image of the Washington Monument  next to the word mark “American” on the front of the jersey.  The side panels will have red and white piping and the sleeves will have the All-Star logo and teams logo.

Both the National and American league jersey will feature a unique design within the work mark of the jersey. Words from baseball historian John Thorn will be the script inside of the star and stripes work mark.  “Baseball is not a conventional industry. It belongs neither to the players nor management, but to all of us. It is our national pastime, our national symbol and our national treasure,” Thorn wrote.

To view all of the 2018 MLB All-Star game jerseys and gear the Click Here or click the “More Info” button below.

Below are the images of both the National and American league 2018 All-Star Jerseys. 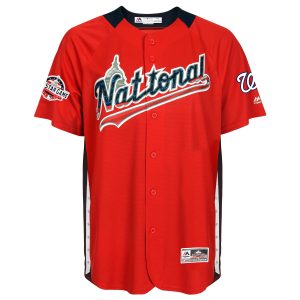 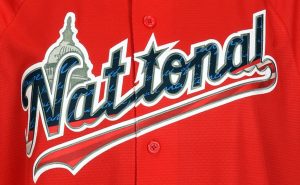 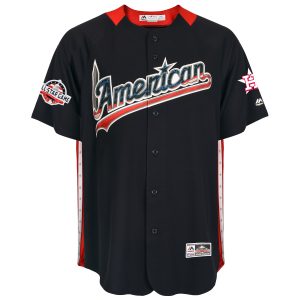